This is a post submitted by another blogger who wanted to write their "fool" piece but without repercussions...

I come from a long lineage of judgmental folk where quite often capricious and frivolous comments get thrown about here and there just to let you they have the right opinion. It's not only that their evaluation comes across as being derogatory and negative, but it's more like they say it as though these are statements of fact, aimed at you for no other reason then to make them feel better about themselves. Really, why would a family member say "you are fat again!" knowing full well you've struggled with your weight for a number of years and when you've finally got it under control you become pregnant, have a baby, and is currently breastfeeding your three month old. What purpose does that statement serve? 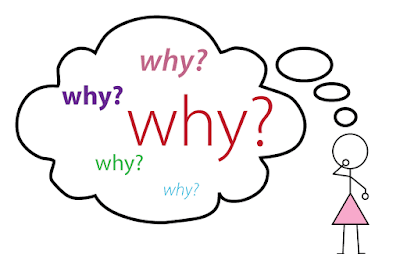 So I was sent an email the other day from my cousin telling me how happy and proud he is that he is going to have another baby. He's just knocked up his girlfriend (very long term relationship - the only reason they are not married is because they can't afford a wedding, and she really wants a wedding, not just to elope.) This is kid number two. Great news, right? I mean, I love kids, especially beautiful little squishy babies who smell yummy and you just want to smooch their adorable little pudgy checks and kiss them to death (and they are family so it's OK to do that). Not so great when they're both unemployed, collecting benefits, shacking up with their first born in a garage at the back of one of their mum's places, and the only thing that he loves after his child (and maybe its mother) is the big screen TV and the Playstation console. Don't get me wrong, they are both lovely, bright, intelligent people who absolutely dote on their child. But with both lacking in motivation and enthusiasm for life beyond the confines of their dismal everyday existence I fear their children may carry on the cycle that is so often the case in situations like this. I just want to shake them both, yell loudly, "Effing get off your lazy effing arses, sell the damn TV and go and get jobs! And no, it ain't a good idea to be bringing yet another mouth into the world for the government to look after. I love you, Cuz, but come on!"

It took me three days before drafting my electronic reply, because I just couldn't formulate the words in my head that garnered an appropriate response.

Here lies the conflict. You're a fool if you think you can say something to the person that either they haven't already been told or they haven't already thought it themselves. And you're more of a fool if you think it's OK knowing what comes out of your mouth will more than likely hurt them even though you said it with the best of intentions. I'm pretty sure his girlfriend has got depression, and who came blame her. I've tried reaching out to them, but it's a fine line I tread before losing it completely with them, and then our relationship(s) will be well and truly over. Fools rush in where angels fear to tread so they say. Touché. Wise folk know to let it go and leave it alone.

My e-mail back was a subdued but congratulatory one, not over the top "I'm so happy for you!" type of thing. I wanted to make sure I didn't compromise my integrity in the process.
I think I've learnt a bit about myself as a result of this situation. I realise I don't want to be that person who has to state their opinion at any given opportunity even though I may think I am more insightful (and possibly I am). I don't want to be the fool who doesn't recognise the pain inflicted through my condemnation and judgement, as I have been at the receiving end countless times in my life. So I will offer my opinion if you seek it, otherwise I will be exercising restraint.