Living for now, not waiting for tomorrow.

This post is inspired by a post written by Meeks@Juggling Motherhood, it is a great read and I hope I am not plagiarising it... I am trying to put my spin on it - honest...

Like Meeks, I have recently been asked to find a photo of myself to be put on someone else's blog. I trawled through about three thousand (yes 3000) photos and I found six of myself. And only one that I thought I looked "right" in.

This made me feel bad about myself for a few minutes but then I thought... "All of the other photos are of Monkey, Stud1 and places we've been. And combinations thereof... All these memories... But if I were to die today, how many visual memories would Monkey have of us together?"

He will be three in April. He is so young that he won't remember me in 10 years, the memories would be a pale shadow of those that could be invoked by a photograph. I know that Stud1 would tell him that I was the one taking the photographs but is that enough? Will it mean enough to have had me taking photos while he and Stud1 lived, played and explored. Would he care that in the photographs I would probably look like I'd been pulled through a bush backwards, that I was in desperate need of a pedicure, haircut, dye-job and Trinny and Susannah? I'd hope not but if he even if he did, it would still mean something to him.


Photographs of the past invoke memories with more ease than anecdotes or reminiscing. Looking back through albums, I can recall how I felt on my wedding day, more clearly than just thinking about it. I remember my grandmother paging through an album when I was seven and talking about her three suitors... Even at that age I could tell that the memories were clear to her, even after forty years. The memory lived for both of us because of the pictures.

I am left with two choices - get in front of the camera more often or wait until I feel like I look right. 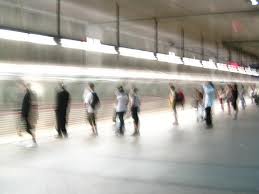 Waiting for the fish to bite
or waiting for wind to fly a kite.
Or waiting around for Friday night
or waiting perhaps for their Uncle Jake
or a pot to boil or a better break
or a string of pearls
or a pair of pants or a wig with curls
or another chance.
Everyone is just waiting.
~Dr. Seuss

For a long time it had seemed to me that life was about to begin - real life.
But there was always some obstacle in the way.
Something to be got through first, some unfinished business,
time still to be served, a debt to be paid.
Then life would begin.  At last it dawned on me that these obstacles were my life.
~Fr. Alfred D'Souza

With this in mind, and my aim of living life like I want it to be, I will be stepping in front of the lens more and create living memories. Before it is too late and he or I are too old. 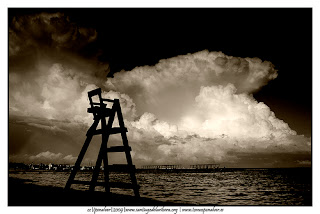