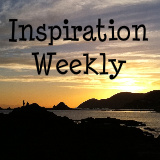 They have carried me

From the meeting place of two oceans, crashing far below,
to the very end of a distant land, they have carried me,

Wandering across moors, fields, veld and snow,
through streams, rivers, into seas and pools of blue,

To the great churches, museums and libraries,
past burial tombs of saints, sinners and poets,

They have carried me to the statues of those who came before,
the reminders and warnings from the ages gone,

Into the protests against the wars, challenges to the status quo,
Rushing home after car bombs, suspect packages in cinemas and terror attacks,

To churches, to pagan fires, to synagogues and mosques,
Walking with street children and aids orphans, the nameless many,

Through London's streets on the eve of the millennium amidst fireworks
and the crowds of revellers awaiting the world's end,

Down the aisle, quickstep, through customs and onto a plane
Into the realm of kings, warm beer and football,

Through the teaching years and into another life,
under the long white cloud and along the river,

Up and down the passage, with a mother's dance,
onto racing, playing games and chasing dreams,

I have travelled along the barren shores of four countries,
Explored the dust of a third world and the abundance of a first,

I have followed the line between here and there.
And, always, they have brought me home.